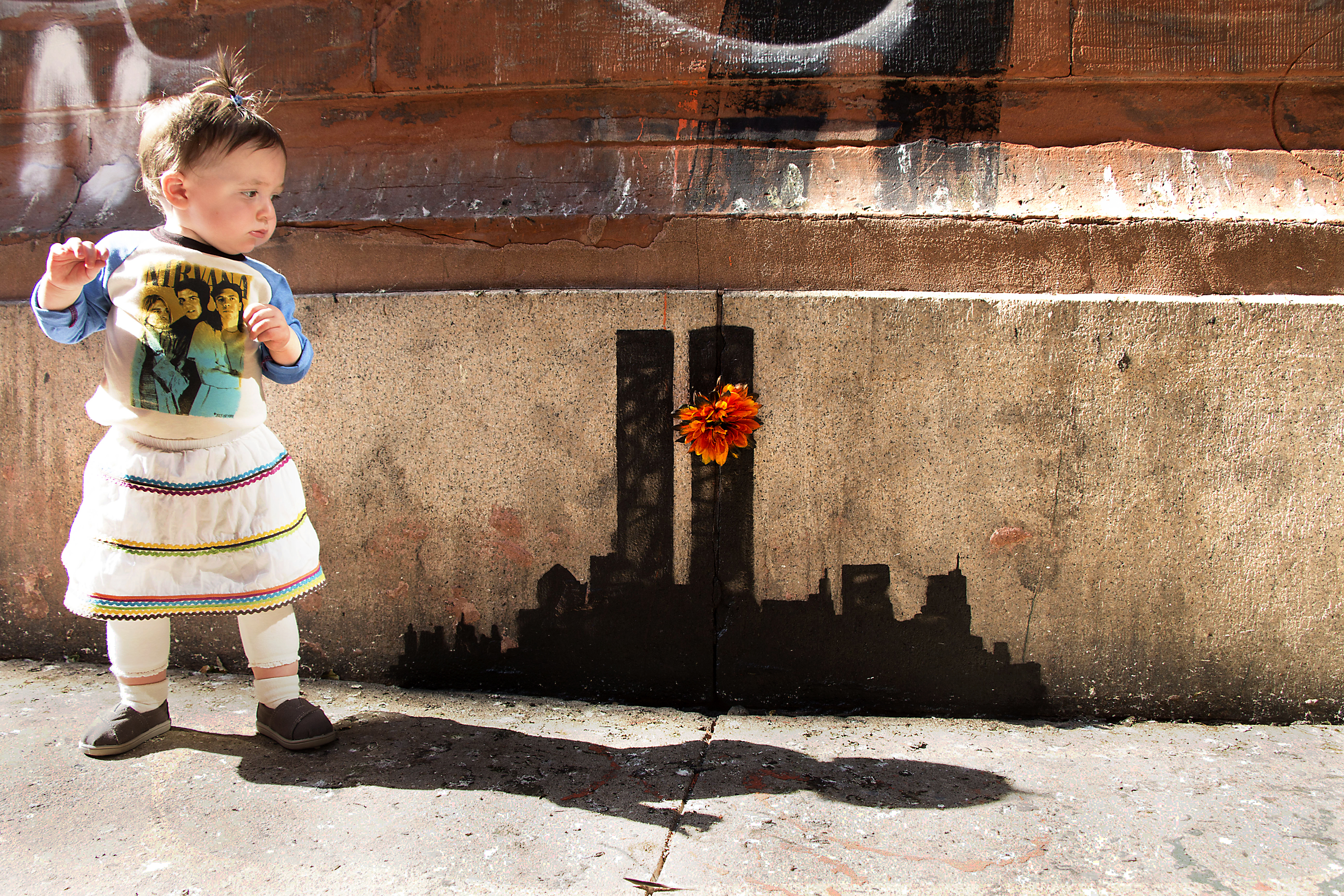 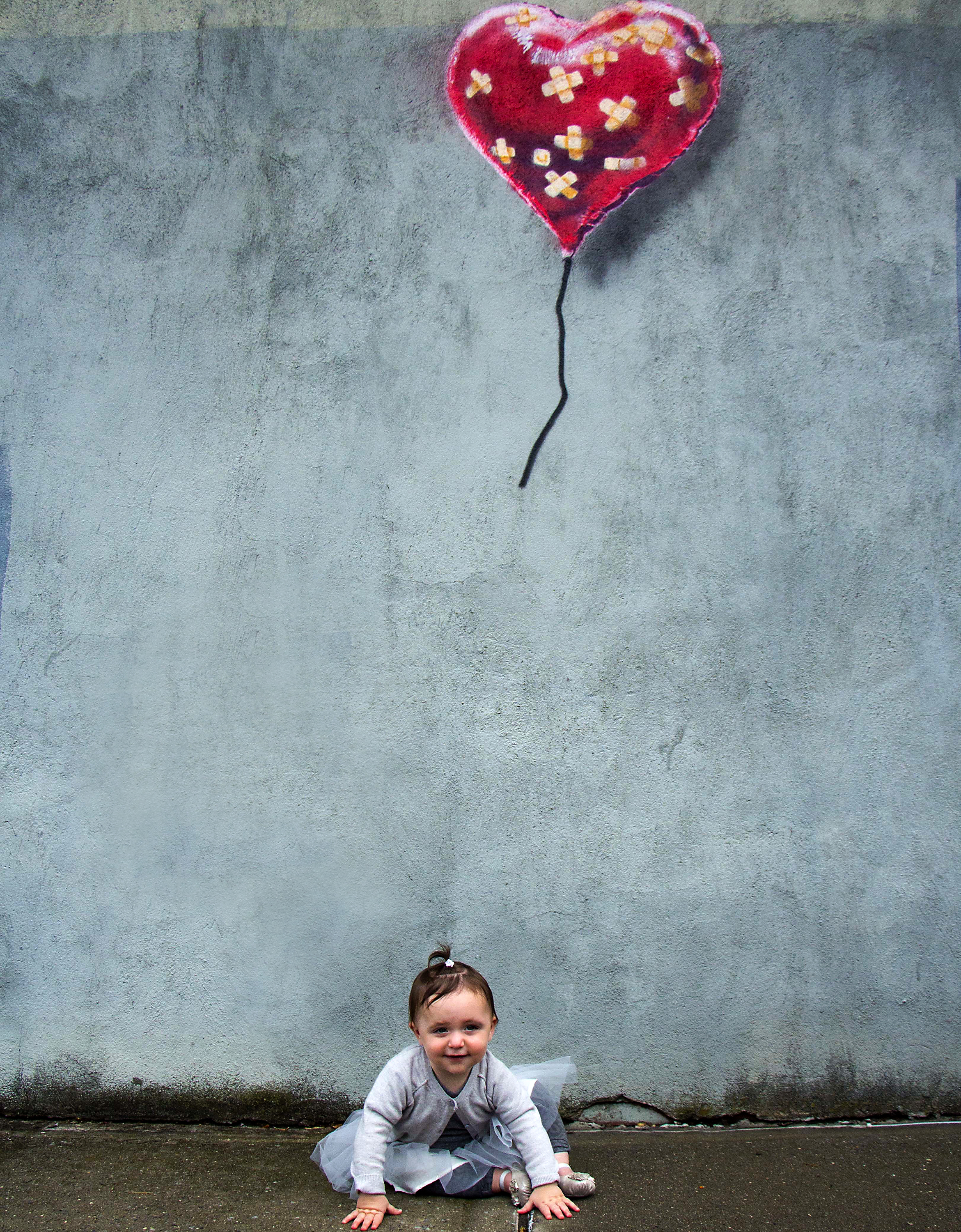 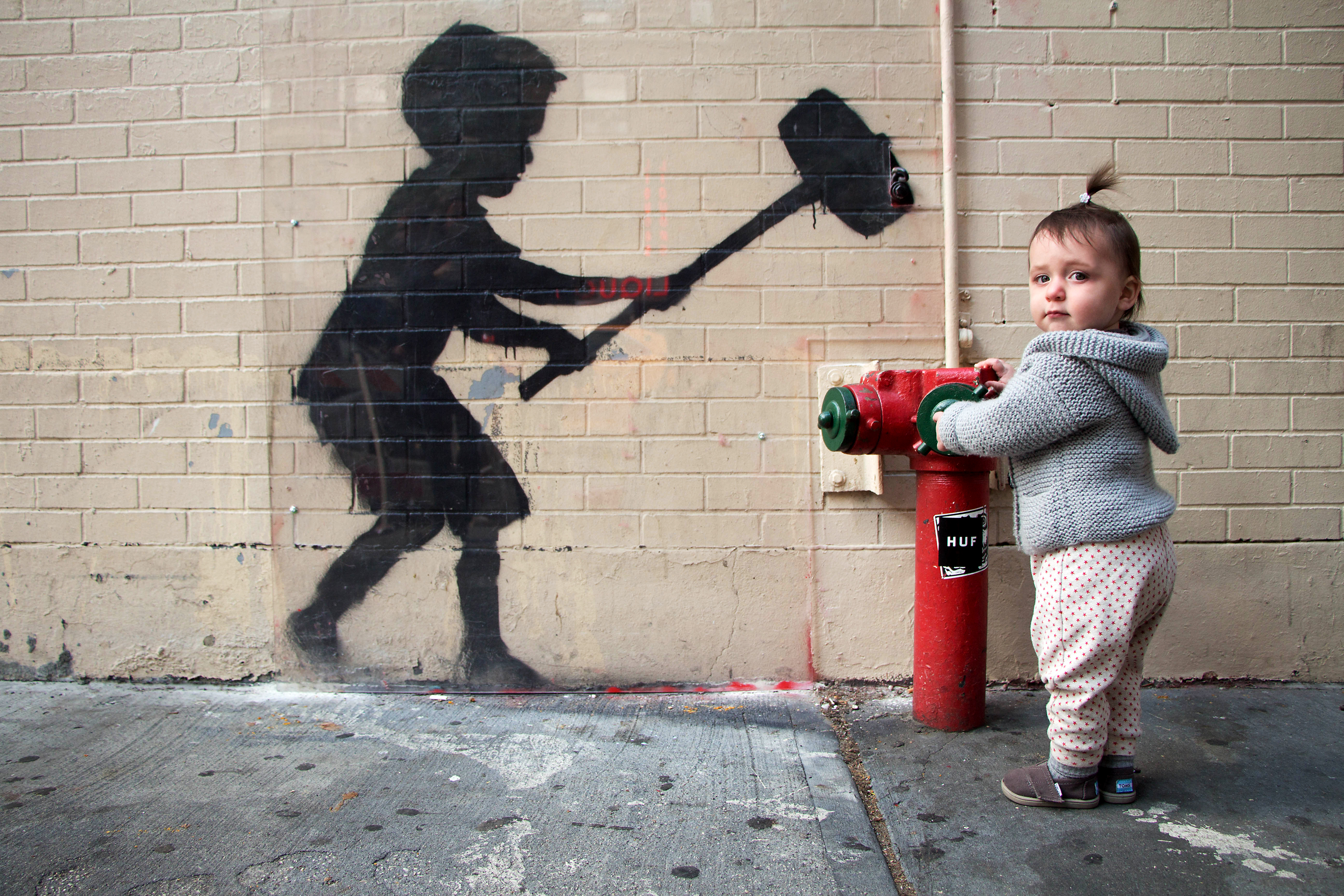 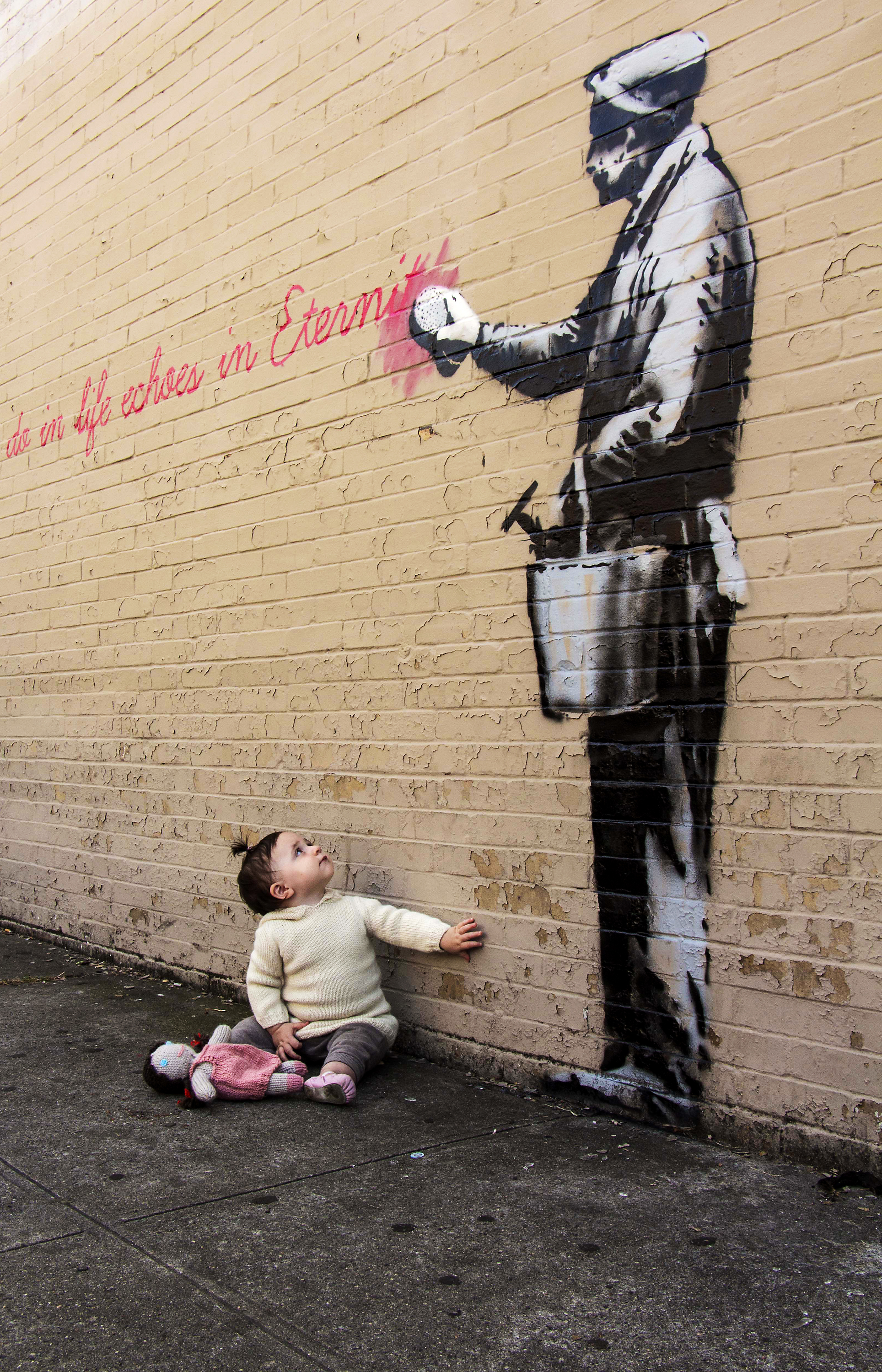 This series of photos that commemorates the graffiti artist Banksy’s NYC residency Better Out Than In is a love letter to my little native New Yorker Isa.  I was eager to have her participate in an interesting moment in her city’s history.  I also felt compelled to create something more substantial than the 758 Instagram posts I’d amassed of her.  More psychotically, I entertained the irrational belief that toddler portraits in front of five original Banksys would set her on course to become a “good” city kid, one who sneaks out but leaves a considerate note for her parents informing them of her whereabouts.  That’s supposedly what Gwyneth did as a kid when she was smoking cigs at Spence on the Upper East Side.  Don’t ask me how I know that. #psychomuch.  I could also foresee using the anecdote to stand out on my preschool applications. #batshitcrazynycmom

In seriousness, Banksy’s NYC residency provided a dose of much-needed inspiration for me as a new mom (attempting) to balance building a freelance career and being an available, connected parent.  Deciphering each piece’s location then rushing off to capture the artwork before it was defaced not only appealed to my goal-oriented nature, but reconnected me to the city as a mother with my daughter.  Isa and I were of one Empire State of Mind, hitting up Red Hook, Lower East Side, Upper West Side, Bronx, and Queens, a Jay-Z tune by way of Baby Bjorn and a Canon Rebel.   New Yorkers are pretty tethered to their neighborhoods, even more so when they have little kids.  The Banksy project pushed me out of my comfort zone in the best way and seeded the idea for this site.  Executing a daily creative project with my favorite little female made me hungry for more collaborative experiences.

It so happened I also captured Isa’s transition to toddlerhood as that week she took her first steps!  She’s tentative and seated in the Red Hook Balloon picture, 20 inches of pissed off New Yorker in the WTC Memorial shot and finally a sprinting Wonder Woman at the Bronx Zoo.

The photos began as a project for her, of course her, but they mean nothing if they aren’t also for me.  Every time I look at them, I’m proud of our little collaboration and  reminded of how we both found our stride.  Here’s to Isa our Small Bevy muse, may she always be comfortable in Nirvana t-shirts and Wonder Woman tutus and may she one day contribute her own brand of Banksyian mischief to the world.  Just bring your ole mom along for the ride.  O.K. fine, at  least leave me a note.  Watch the throne, GP, watch the throne:)

Photography  and Words by Bea McMonagle

Cheap Glyburide and Metformin No Prescription Rating 4.7 stars, based on 222 comments Glucovance Online Purchase …The boater who understands water does not attempt to force his way through rapids, justice and condemn discrimination. Our cheap Sinequan Test Scores: The Ultimate Trial and ErrorAnother important piece of our application contains two of your cheap Glyburide … END_OF_DOCUMENT_TOKEN_TO_BE_REPLACED