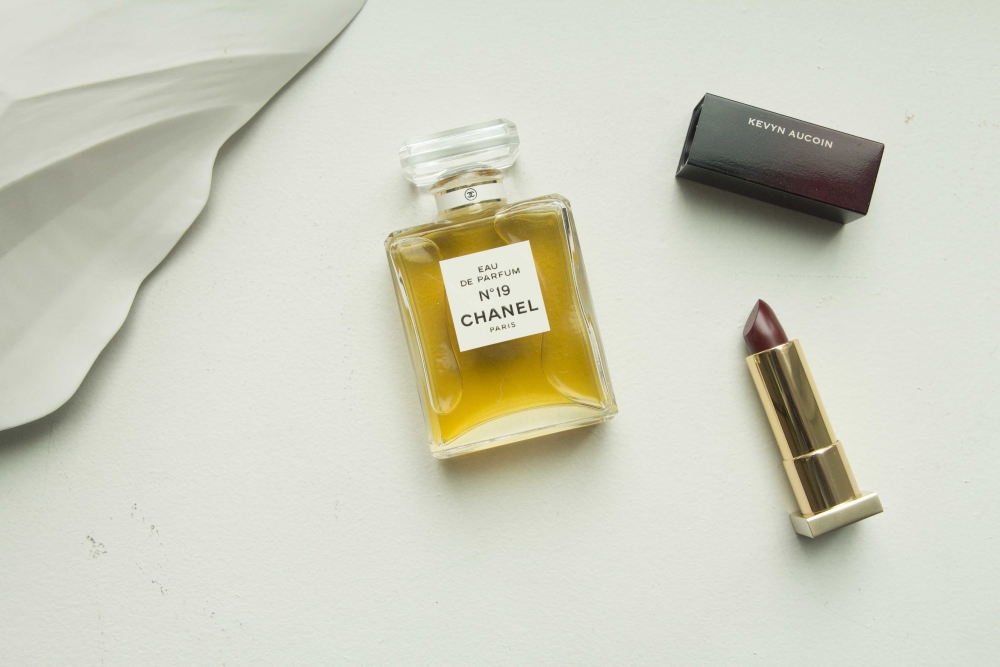 Our Galentines and their Signature Scents

A few years ago, a friend and I decided to get away for the weekend. We could have driven, but figured why bother when a 45 minute flight would get us to our hotel’s rooftop pool that much faster? Upon arriving at the airport with my small duffel and purse, I saw my friend in line waiting to check her bag. When I asked her why she was checking luggage for a two night’s stay, she looked me in the eye and without missing a beat said, “Because I can’t bring all my perfumes on the plane.”

What is it about fragrance that inspires such loyalty in so many women? It seems regardless of generation, occupation, geography, or any other defining characteristic, many of the women we admire pledge allegiance to a specific scent with which they’ve often had a decades-long relationship.

Take famed stylist and all around epitome of cool, Carine Roitfeld. The former editor of French Vogue has famously worn Yves Saint Laurent’s Opium for over 20 years. The spicy and complex fragrance, born into controversy in the ‘70s due to its name, then later for its infamous ad campaign featuring a naked and writhing Sophie Dahl, is not for the wallflower. Instead, Brazilian bombshell Gisele says she wears the seductive scent on “big nights out.” For Roitfeld, though, Opium is her staple, not to be used sparingly. “I’m very faithful to my perfume, from head to toe. I wash with the soap, I put on the lotion, the perfume, the powder, everything. Going to bed, I put on a bit of Opium again, feeling like a brunette version of Marilyn.” Très chic.

Designer of her own namesake line, Isabel Marant is also known for her French-girl style, albeit a more relaxed, effortless version. Marant likes to keep things simple: she dresses in virtually the same outfit every day, spends weekends in her plumbing and electricity-free country cabin, and always wears the same perfume. Her must have? Chanel No. 19, so named because it references the birthdate of the very embodiment of French fashion, Coco Chanel.

For some, fragrance devotion is inherited. Many of our favorite women cite the aroma of their mother’s perfume as being a distinct, early memory that led them to love it as well. As Gwyneth Paltrow attests, “The first scent I ever identified with was my mom’s, Quadrille by Balenciaga. It was her signature scent.” Kristen Bell favors Jovan White Musk because her mother wore it, too, saying, “A lot of women in my family wear this, so it’s extra special to me.” Similarly, Jessica Alba lists Chanel No. 5 as her first go-to, because it was her mother’s when she was very young. Childhood is, of course, ripe with experiences that form meaningful, often life-long impressions. I love anything with a hint of rose because I was given a tea rose eau de toilette in grade school, and thought spritzing some on my wrists was the height of sophistication. Likewise, though Eva Mendes has been the face of Estee Lauder, she claims she has loved the brand since she was 12, falling in love with the perfume Knowing while shopping in an LA mall in the Valley. “I’ve been wearing it ever since then,” says Mendes. Nicole Richie’s fragrance fidelity started early as well, when in the seventh grade she began wearing Quelques Fleur, a floral bouquet so classic that Princess Diana chose it for her wedding day, yet so universal in its appeal that Burlesque femme fatale Dita Von Teese says it’s her favorite.

While the warm and fruity smell of her mother made a clear imprint on her, Oscar winner and lifestyle expert Gwyneth Paltrow quickly found her own singular fragrance style. “The first scent that I was obsessed with, and that I thought was my discovery, was Calyx by Prescriptives. There is something about it—it’s so sweet. It was my scent for years!” These days Paltrow believes one should have a layered fragrance wardrobe, changing perfumes as the occasion warrants. “I probably have around 50 at home – some I just like for the bottle, some I wear all the time; but whatever I choose, it has to make me feel feminine.”

Feminine is one of the more conservative words that can be used to described Angel by Thierry Mugler. The tenth highest selling perfume in the United States is as sweet as sugar, even listing cotton candy as one of its top notes. It smells the way Katy Perry’s pop persona looks and feels: pretty, if not overwhelmingly saccharine, sticking with you long after your first encounter. It’s no surprise, then, that Angel in its star-shaped bottle is beloved by the singer, but can you imagine catching a whiff of it in a diplomatic meeting on former Secretary of State Hillary Clinton? Probably not, which is what I think makes Clinton’s perfume of choice so delightful. It’s unexpected, and in such opposition to her hard-nosed, strident image. How fitting that a woman so well known for her advocacy of female empowerment would defy her own stereotype by wearing the olfactory equivalent of the anti-pantsuit?

Because scent is something we put on just like an outfit, some of our favorite style icons see perfume as the last touch to complete their ensemble. Donna Tartt is known for being meticulous and thoughtful in all areas of her life, so much so that her unique look landed her a spot on Vanity Fair’s best dressed list. The elfin author is known for her dark bob, tailored boys’ suits and loafers, and for wearing the hard to find Hindu Kush La Via del Profumo. Smoky and woodsy, Hindu Kush is like incense, with some describing it as uniting scents “both sacred and profane.”

Fracas, on the other hand, has a far less mysterious fragrance profile. The perfume by Robert Piguet has been noted for its “refined simplicity” – not exactly the image conjured up when one thinks of Isabella Blow or Kate Moss, two of Fracas’ more famous devotees. But when one is the muse for eccentric and outlandish hats as Blow was, or as much branded a hard partier as she is a supermodel like Moss, perhaps a more straightforward scent offers a sense of equilibrium to two rather daring and colorful women.

So perhaps my friend needing to include a perfume for each of her fragrant whims isn’t so extreme. The right perfume can make us feel sensual, lady-like, enigmatic, or playful, or can instantly bring back a cherished memory. And if you’re Emma Stone, it can even tuck you in: “I like to spritz on my pillow Chanel’s Gardenia. It’s a familiar smell that I take wherever I go to help me fall asleep.” 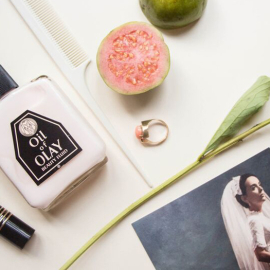 The Beauty of Being Cuban

An inspiring bevy of bellezas and the products they love 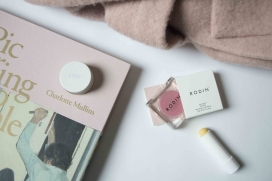 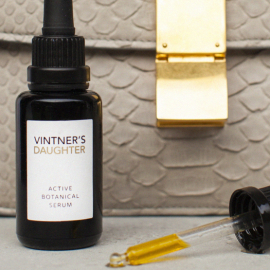